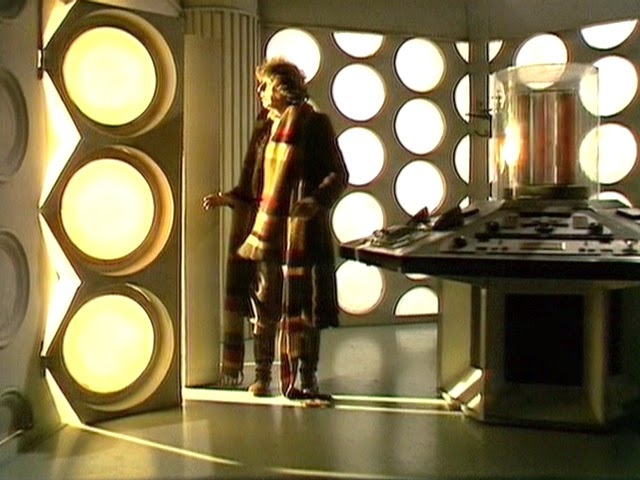 Season 16: the  Key to Time story arc and the first incarnation of Romana. We don't know how much time has elapsed since the Doctor left Gallifrey, but he has now got K9 Mark II up and running. They are on their way to Harlegan 3 when they are rudely interrupted...

Journey 142: Gallifrey (date unknown), to location and date unknown.
The TARDIS is stopped in flight and lands on an unknown planet, possibly some artificial realm created by the White Guardian. The Doctor meets the Guardian who tasks him with seeking out the six segments of the Key to Time. There is a new companion waiting for him back in the ship, whether he wants one or not. This is Romana. She has a wand-like locator device that will trace the segments, and she has created a slot for it in the TARDIS console. (The Doctor apologises to the ship for this). The Guardian has the power to stop the TARDIS and to open the doors. The bright light which welcomes the Doctor permeates the interior of the ship through the roundels. 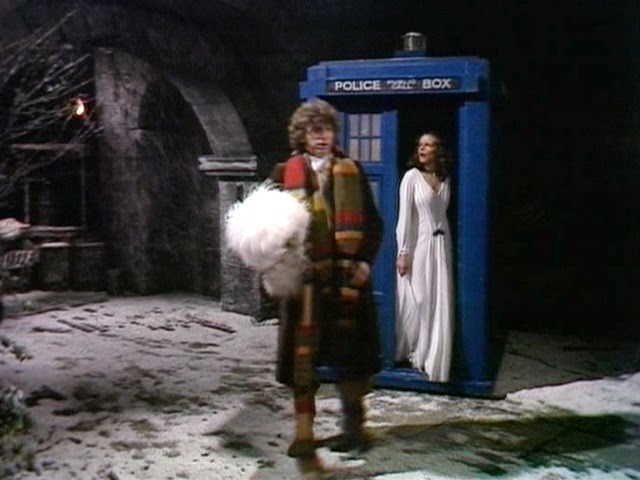 Journey 143: Location and date unknown, to Ribos, date unknown.
The locator is taking the ship to another location when their target moves, so the TARDIS must be travelling in "local time" at this point. They have arrived in Shurr, the main city of Ribos - a planet in the Cyrrenhic Alliance. It is in the midst of its 30 year long winter. 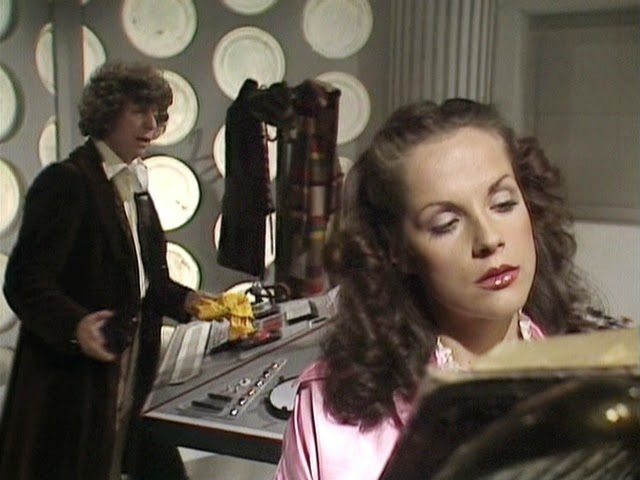 Journey 144: Ribos, date unknown, to Zanak, date unknown.
They are actually making for Calufrax, but something goes wrong with the materialisation. Romana blames the Doctor's failure to do things by the book - i.e. the TARDIS operating manual. When she tries - by the book - they land normally. Only it is not Calufrax. Zanak is where Calufrax is supposed to be. It transpires that Zanak is a hollow, time jumping world, and it has materialised itself around Calufrax. This is why the Doctor wasn't able to make his landing - it coinciding with the time-jump. 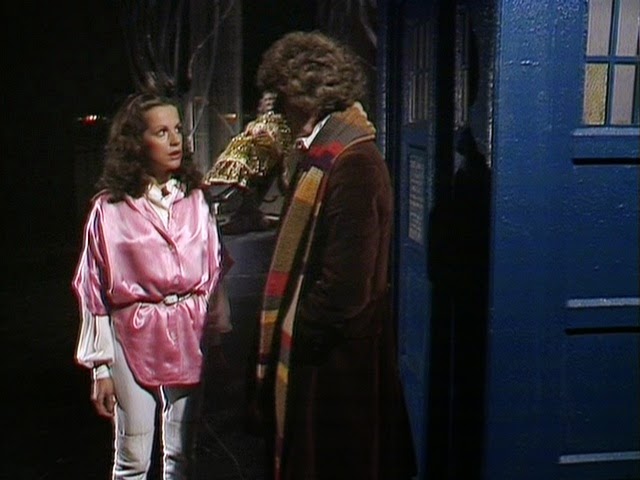 Journey 145: Zanak - city to the Bridge overlooking the city.
The Doctor pilots the ship to the Bridge, control centre for the planet. It materialises in the chamber where the Time Dams maintain old Queen Xanxia in her last moments of life. The TARDIS is used to both block Zanak's next time-jump (to Earth) and to fill the hollow centre with the remains of the previously destroyed victim planets. 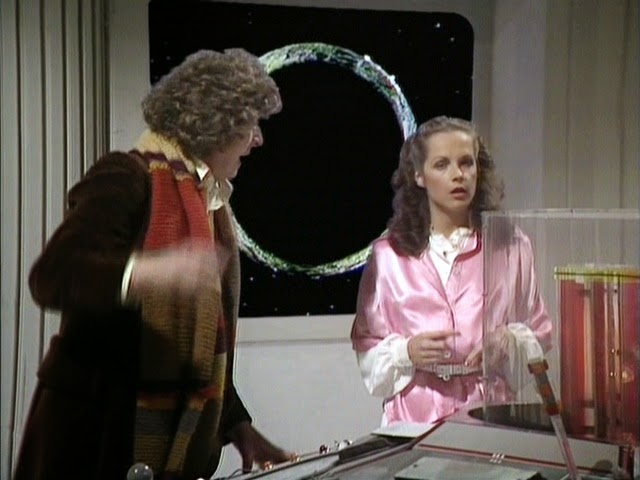 Journey 146: Zanak - the Bridge to location nearby.
The TARDIS moves from the Bridge, which is then blown up by the Mentiads. 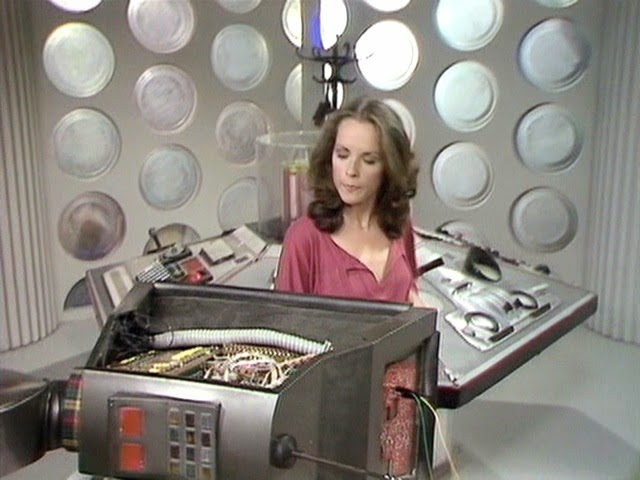 Journey 147: Zanak, date unknown, to Boscombe Moor, England, 1978.
The ship materialises in a field near the Nine Travellers - a prehistoric stone circle. We see another room just off the console room - a dark space in which there is what appears to be a small fridge, in which the Doctor has been storing the Key segments. There must be a stock of umbrellas aboard the ship, as the Doctor quite nonchalantly throws one away. (He had a favourite one back in The Krotons, so obviously there is more than one). The TARDIS' molecular stabiliser is used to repair K9 after he is smashed up by an Ogri. 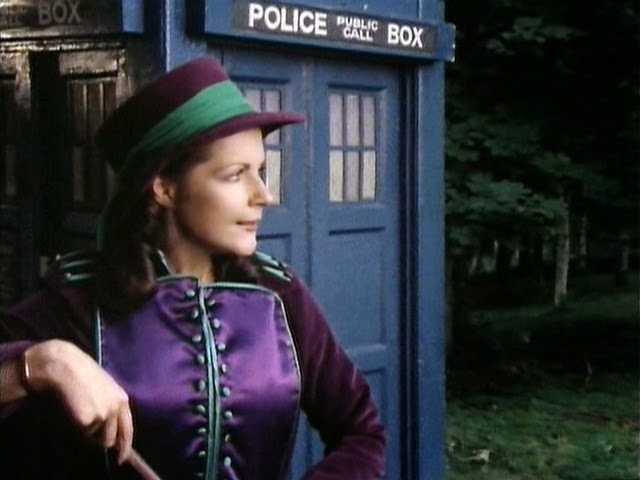 Journey 148: Boscombe Moor, England, 1978, to Tara, date unknown.
A verdant world with a temperate climate - at least in the region where the ship has materialised. The TARDIS clothes store has costumes arranged by planet in alphabetical order. In a cupboard is the Doctor's fishing tackle. Tara might possibly be an Earth colony world, in which case we are in the far future. 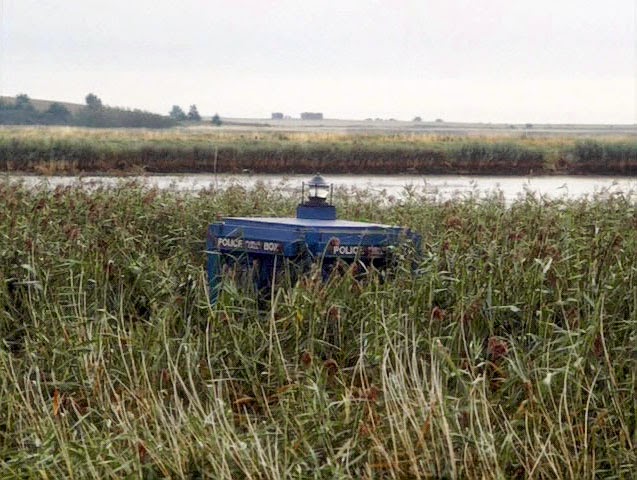 Journey 149: Tara, date unknown, to Third Moon of Delta Magna, date unknown.
Delta Magna is definitely an Earth colony, so sometime well into the future. The TARDIS materialises in the middle of the marshes, so K9 is stuck on board. 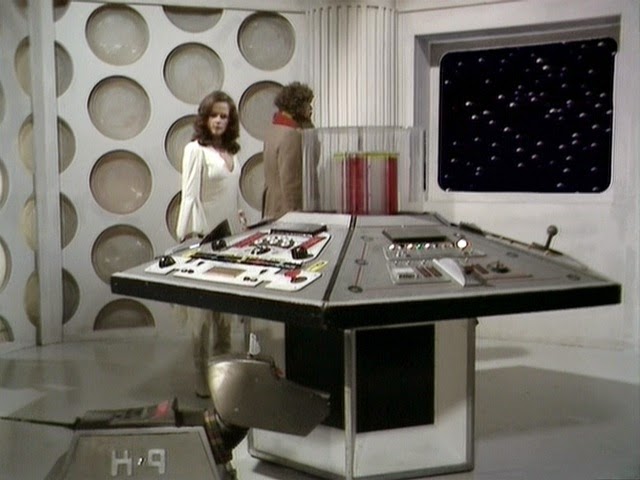 Journey 150: Third Moon of Delta Magna, date unknown, to orbit near Atrios, date unknown.
The TARDIS materialises in space, some distance away from the planet where it should have arrived. The implication is that this system has been moved about a bit by the influence of the unseen Shadow world. The Atrians register the ship on their scanners and assume it is a Zeon weapon, and so launch a missile at it. 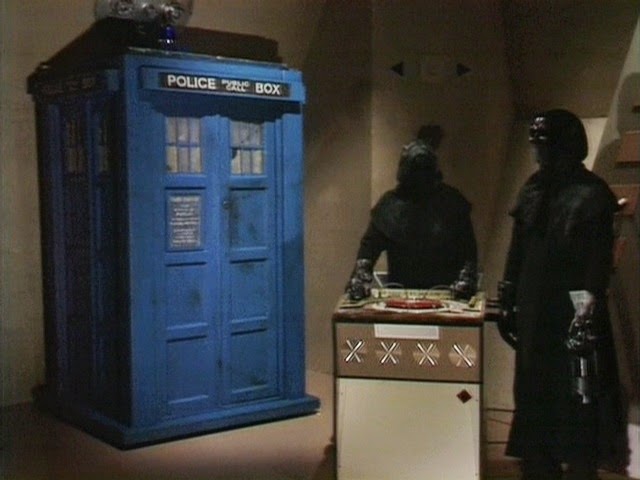 Journey 151: Atrios: orbit to planet, date unknown.
Escaping the missile, the TARDIS materialises in the underground city on Atrios, close to a sealed up section where there just happens to be a transmat to Zeos. The Shadow has the ship transported to Zeos. The light on top of the Police Box shell has changed to a blue colour. When the TARDIS doors are opened, a particularly harsh light beams out - not usually seen. 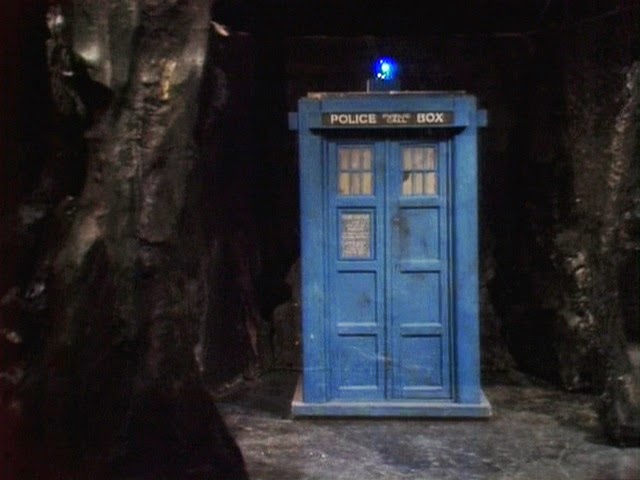 Journey 152: Zeos to Shadow's planet.
The planet is referred to as such throughout, but on screen it appears to be a manufactured space station. Possibly the designers not being told something about the script? 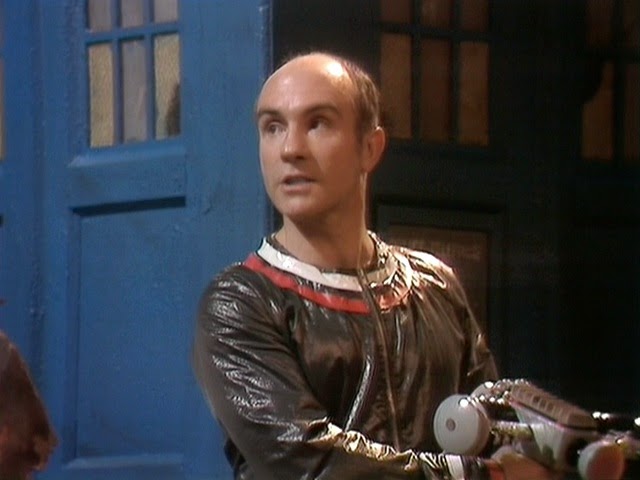 Journey 153: Shadow planet, to Zeos.
The Doctor takes the TARDIS back to Zeos so that the computer Mentalis can be stopped from triggering Armageddon in this sector of space. Drax's ship is also somewhere on this planet. The White Guardian appears on the scanner - but it is actually the Black one in disguise. The Doctor is able to deploy all of the ship's defences to stop him seizing the Key. This seems to contradict the power of the Guardians back in the opening episode of the Season. To prevent him from tracking them down, the Doctor fits the Randomiser to the navigation controls - whose uselessness just happens to have been the initial prompt for this series of posts, if you recall...
Next up, Season 17 and a return to Skaro...
Posted by GerryD at 19:17