F is for... Fungoids 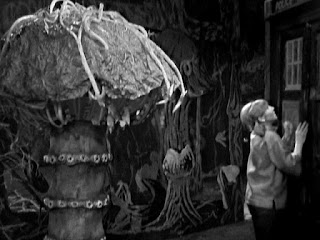 A species of hostile plant-life on the planet Mechanus, the Fungoids had the appearance of giant mushrooms or toadstools. Carnivorous, they were able to move around and ensnared their prey by smothering them with their hoods. They were sensitive to bright light, which caused them to retreat. The Doctor's companion Vicki almost became a victim when she found herself alone in the jungle. Later, they attempted to trap a Dalek. It was Ian Chesterton who gave the creatures their name. 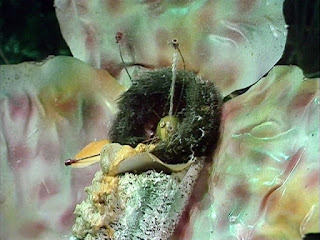 Another hostile plant-form, also known as a Fungoid, was native to the planet Spiridon. These plants could not move, but they spat out a thick green liquid which formed a dense vegetable mass. A number of them smothered the TARDIS exterior, cutting off the air supply to the Doctor who was trapped within. On contact with humans or animals, the secretion caused a fungal infection which, if left untreated, engulfed their victims.