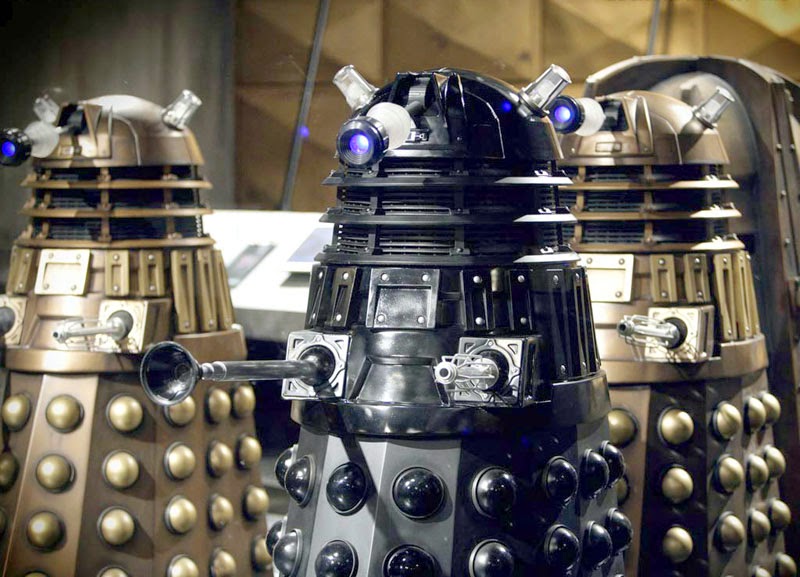 The Tennant Years.
Last time out, the sole surviving Daleks in the Universe appeared to have been wiped out of existence by the Bad Wolf Rose. So, how to bring them back for Series 2?
The conclusion to Army of Ghosts introduces us to the Cult of Skaro. These four Daleks escaped the Time War in a Void Ship. They have names, and were encouraged to think differently from their fellows - for the success of the Dalek race. Dalek Sec is black, denoting leadership, whilst Caan, Jast and Thay are ordinary bronze versions of the type introduced in the Eccleston stories.
They have with them the Genesis Ark - which we initially assume to be Dalek tech. It is actually Time Lord in origin, though Dalek-shaped for a reason. It is a prison, containing thousands of bronze Daleks. 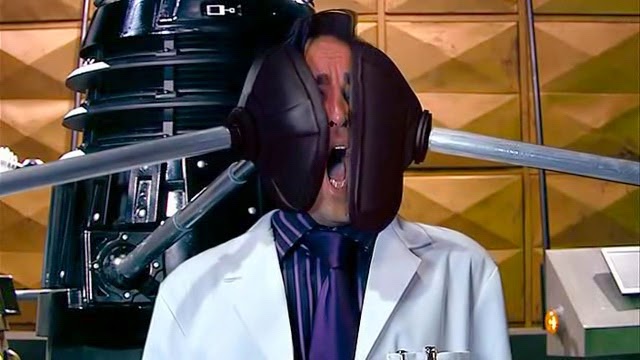 The utility sucker arm has a new attribute. These Daleks can absorb knowledge directly from a human mind - seemingly sucking the life-force out with it. Another new attribute is a built-in time travel facility. The Cult escape being sucked into the Void by activating an Emergency Temporal Shift. 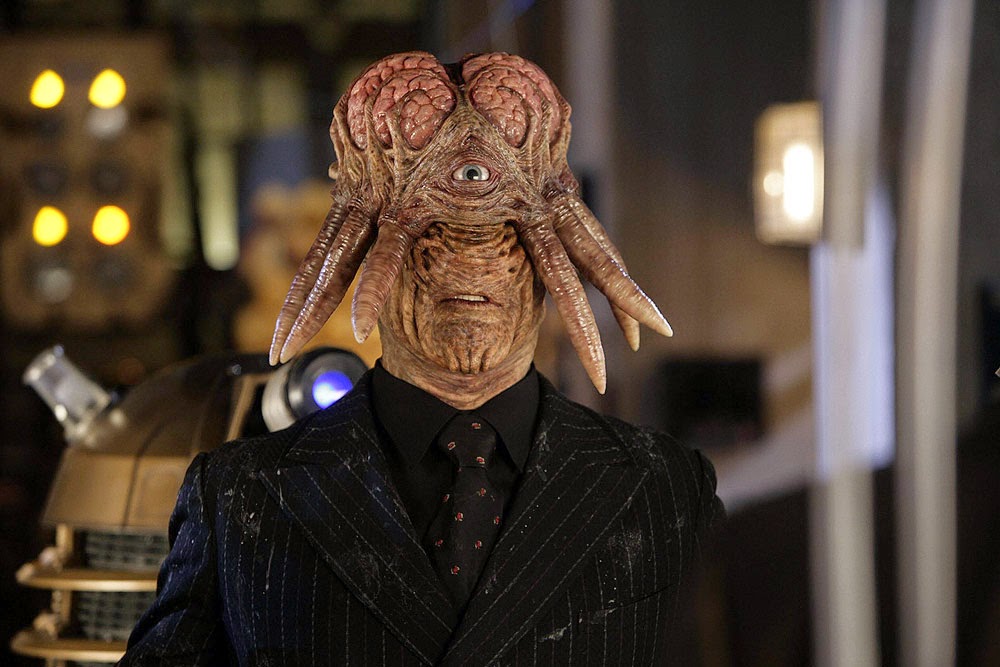 In Daleks in Manhattan, we find out where (and when) they got to. They have gone back to the 1930's, to New York, where they have manipulated the construction of the Empire State Building in order to harness an imminent gamma radiation storm. They've been abducting the city's dispossessed, turning some into Pig Slaves, whilst many others have had their minds wiped clean - soon to become a human-Dalek army thanks to that gamma radiation burst. 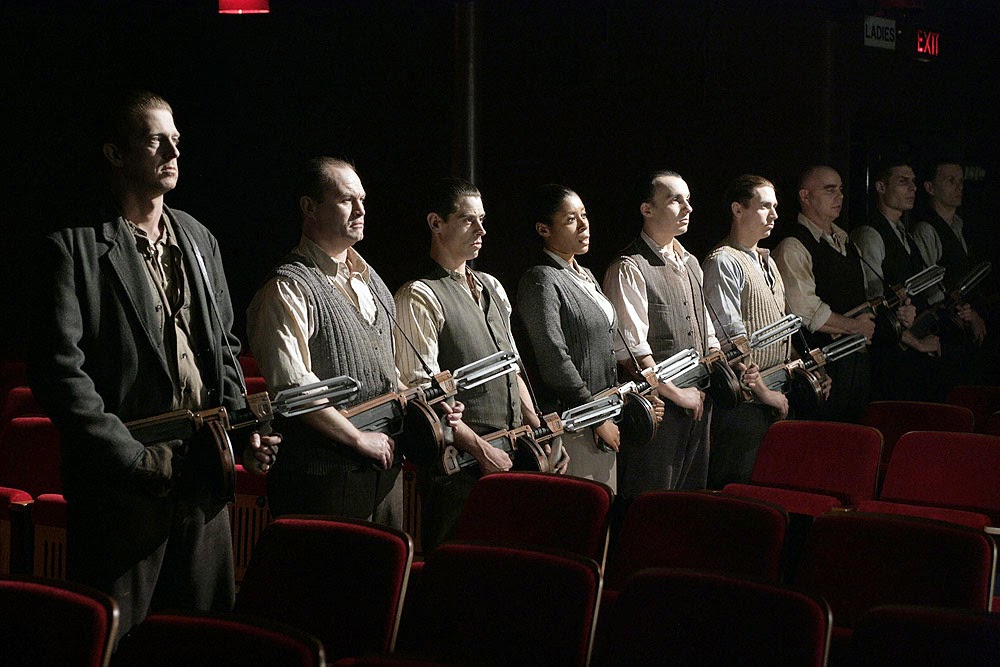 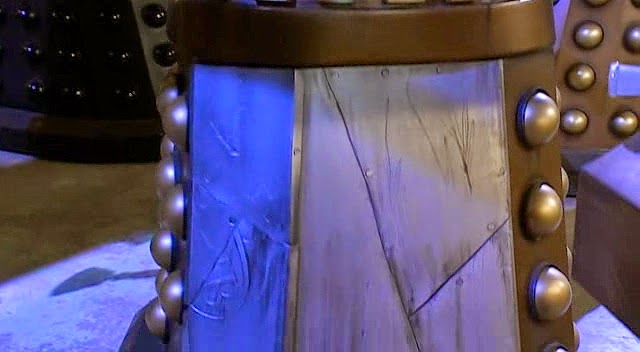 To convert the gamma radiation, the other Cult members have had to sacrifice skirt panels. These have to be affixed to the antenna at the top of the building.
Before discovering that it is the Daleks he is up against once more, the Doctor finds organic material in the sewers - discarded remnants of failed experiments. This genetic material is tested and catalogued as being type 467-989, which originates on Skaro. 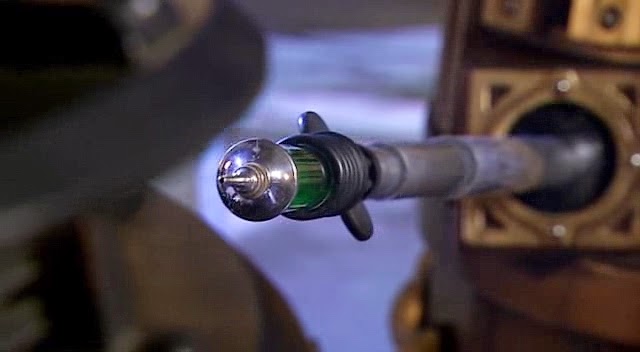 Dalek Jast replaces his sucker arm at one point with a syringe containing chromatin, which aids Sec's transformation into the hybrid.
Caan, Jast and Thay all rebel against Sec - he has moved too far away from "Dalek" - and overthrow him. The army fails when the Doctor's DNA gets caught up in the mix, so they are all destroyed. Thay, Jast and Sec are all killed. The last (apparently) Dalek in the Universe - Caan - does another Emergency Temporal Shift... 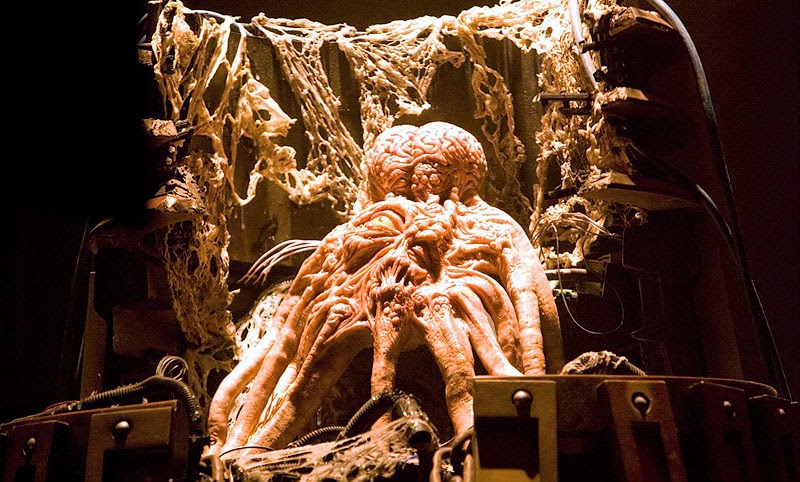 ... right back into the middle of the Time War. In The Stolen Earth / Journey's End, we learn that Caan saved Davros but has ended up totally mad, his casing blown wide open. He has also developed the power of prophecy. 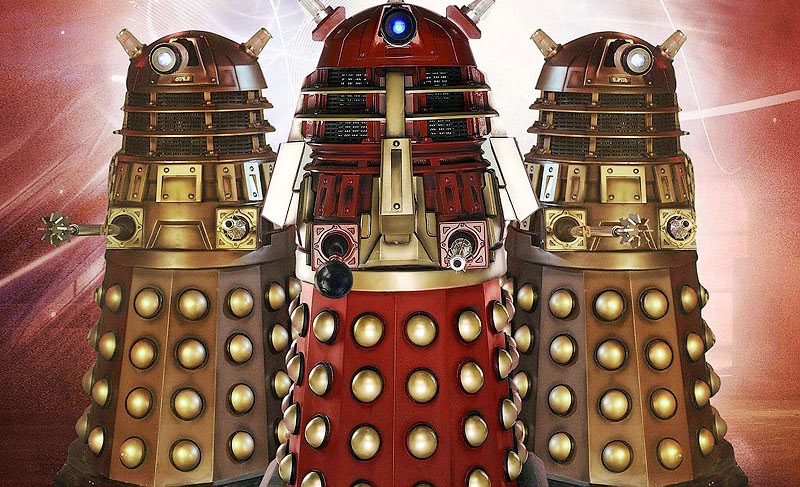 There is a whole new Dalek army - created from Davros' genetic material, so Kaled in origin. Davros isn't in charge, though. We meet a new Supreme Dalek. This one is red and gold, with large clamps front, back and sides between the dome and the mid-section. (These are a vestige of earlier designs, including one with a globular top section).
Most of the Daleks "manning" the Crucible have star-shaped metal prongs in place of suckers - which operate their various machines. 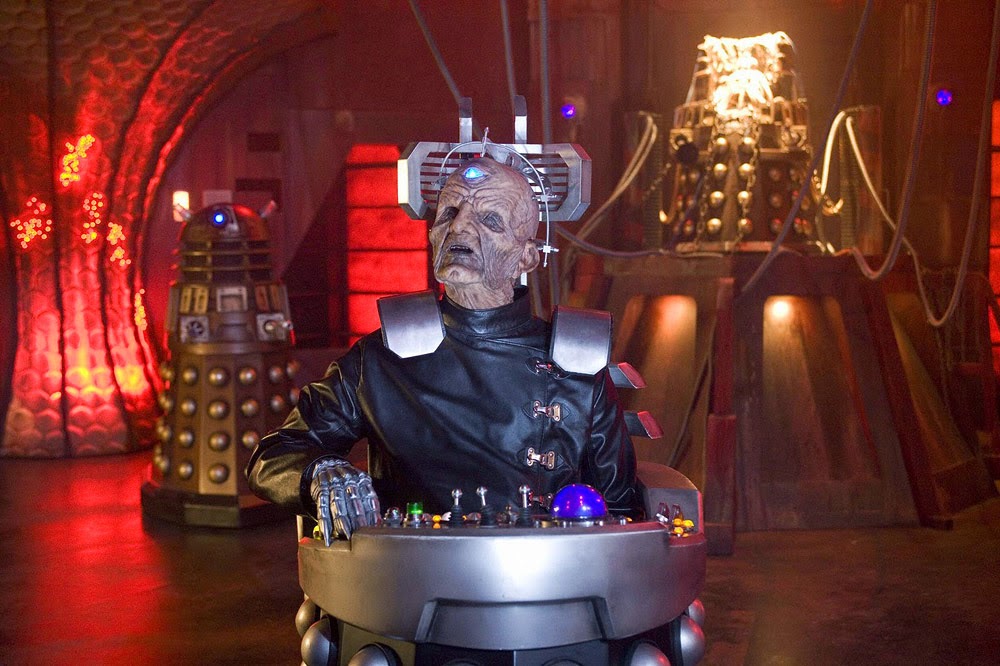 Last time we saw Davros, there wasn't very much left of him. This inconsistency has troubled some people. Not I. Personal theory imminent.
In the same way that the Time Lords resurrected the Master, and Rassilon in his prime, so the Daleks enlisted Davros when he was at his peak. His hand is missing - so after the events of Revelation. This is the Davros who went to Skaro a prisoner, and ended up as Emperor. What better version of their creator would they choose to help them in the Time War?
The new mask is modelled on the original Davros - and Julian Bleach seems to look to Michael Wisher in his performance as well.
Davros is about to activate his bonkers Reality Bomb - destroying everything beyond the Medusa Cascade, so we must assume the entire Dalek force is amassed here. Doctor 10.5 and Doctor-Donna destroy them all - so it looks like the entire race is wiped out - again.
How will they get out of that one?
Posted by GerryD at 23:20