A Monoid Is Not Just For Christmas... 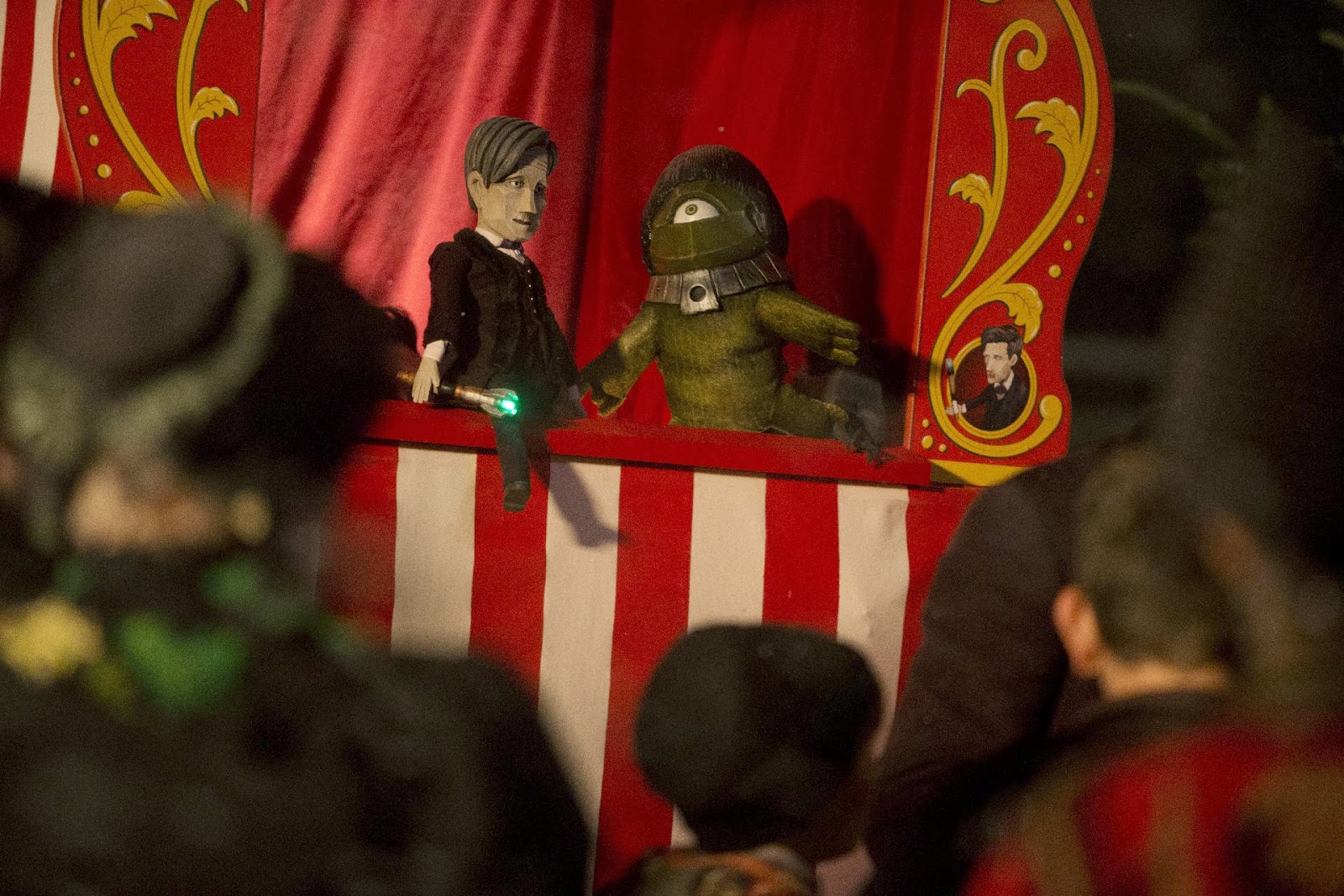 Well, actually, it probably is. Biggest surprise among the new images released today for Time of the Doctor is the inclusion of that "Punch & Judy" style Monoid. These Beatle-mopped monocular reptile folk only ever appeared in 1966's The Ark. They have always been regarded as one of the typical one-hit wonders among Doctor Who aliens - never likely to be seen again. And yet there's a little puppet one, alongside a puppet Matt Smith.
Other images released feature a number of children's drawings of the Doctor's adventures - in this case nearly all Matt Smith ones. There's Prisoner Zero, the Atraxi, a Smiler, a Saturnyne and so forth. A Slitheen is clearly seen on another piece of paper - so not all 11th Doctor adventures. 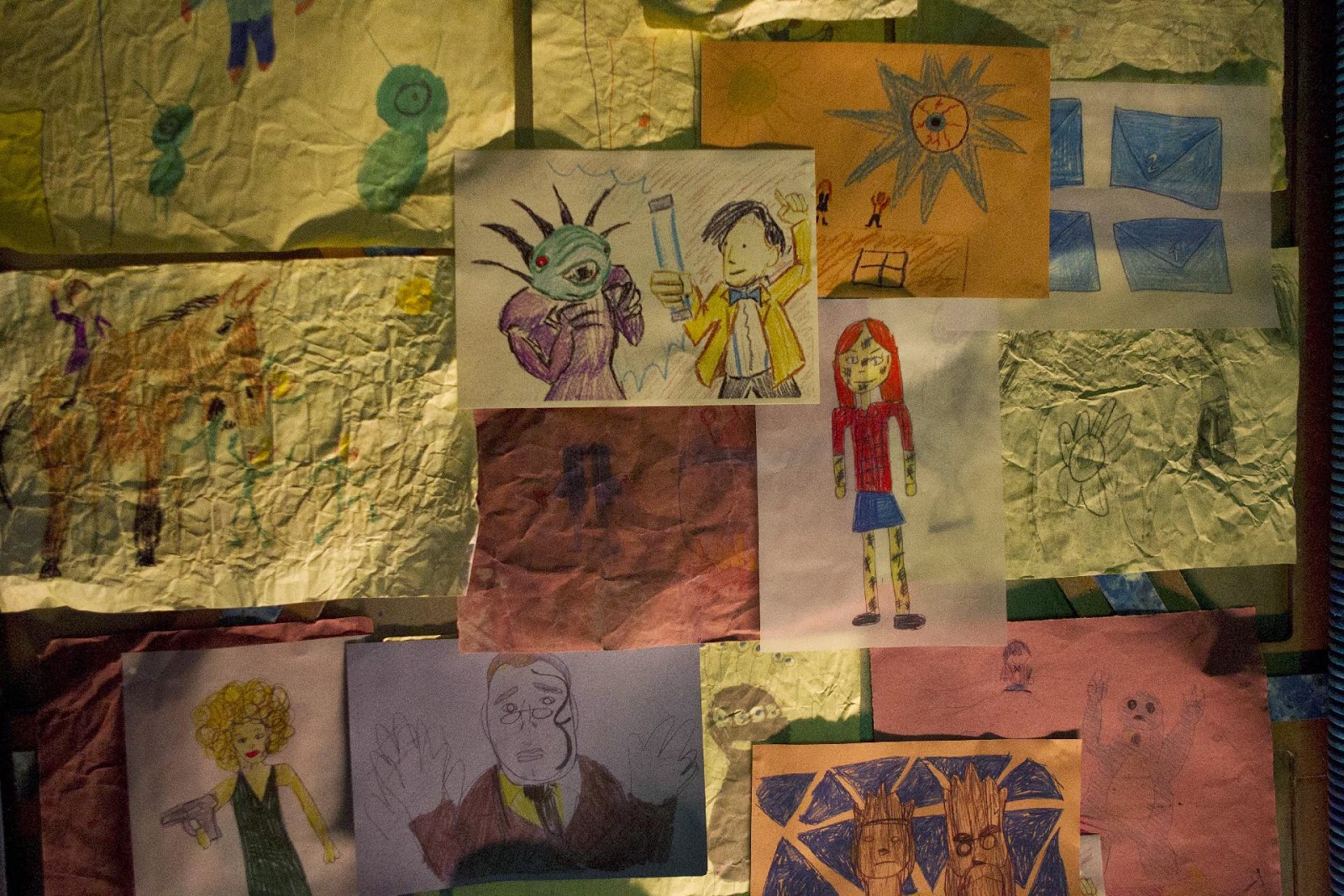 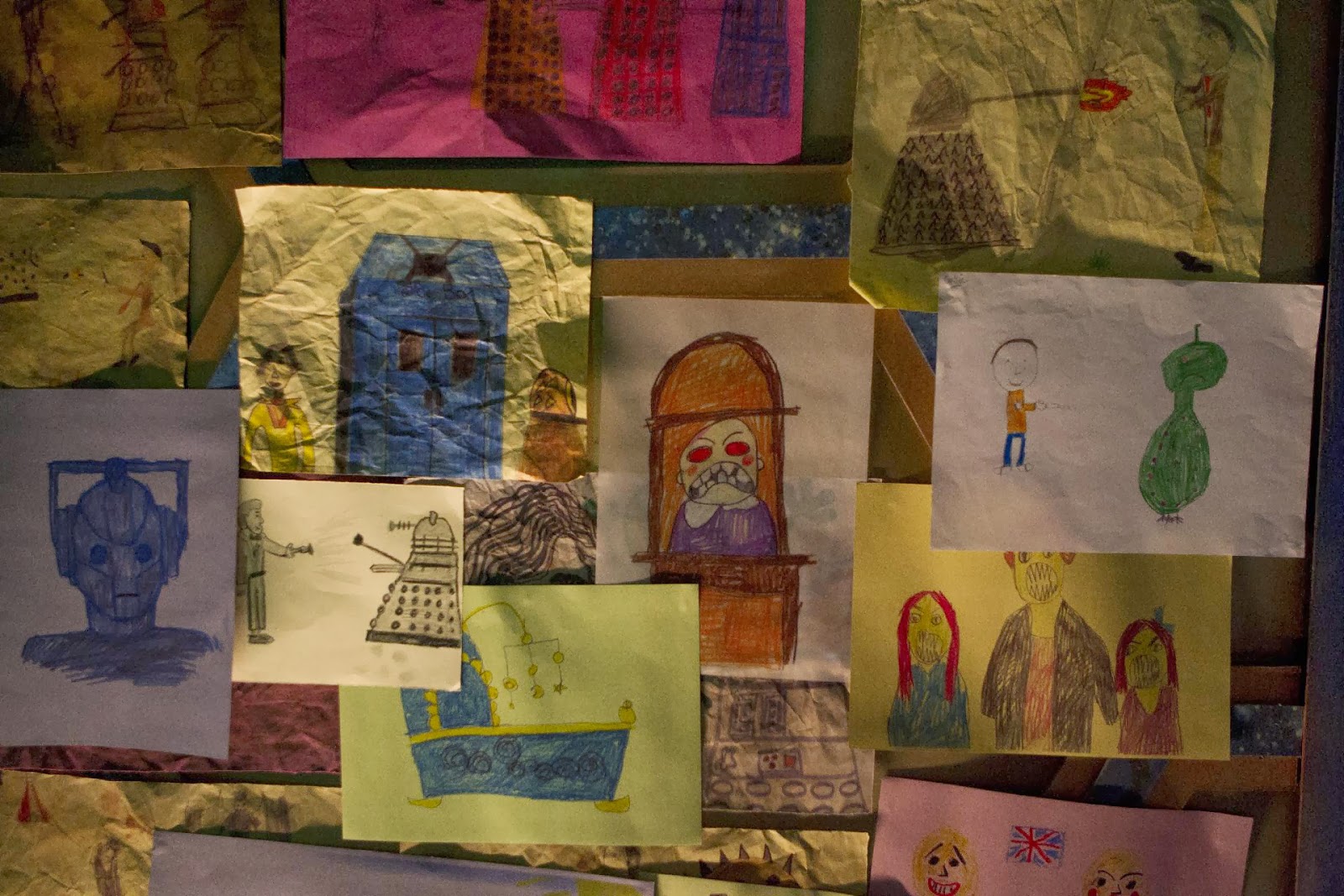 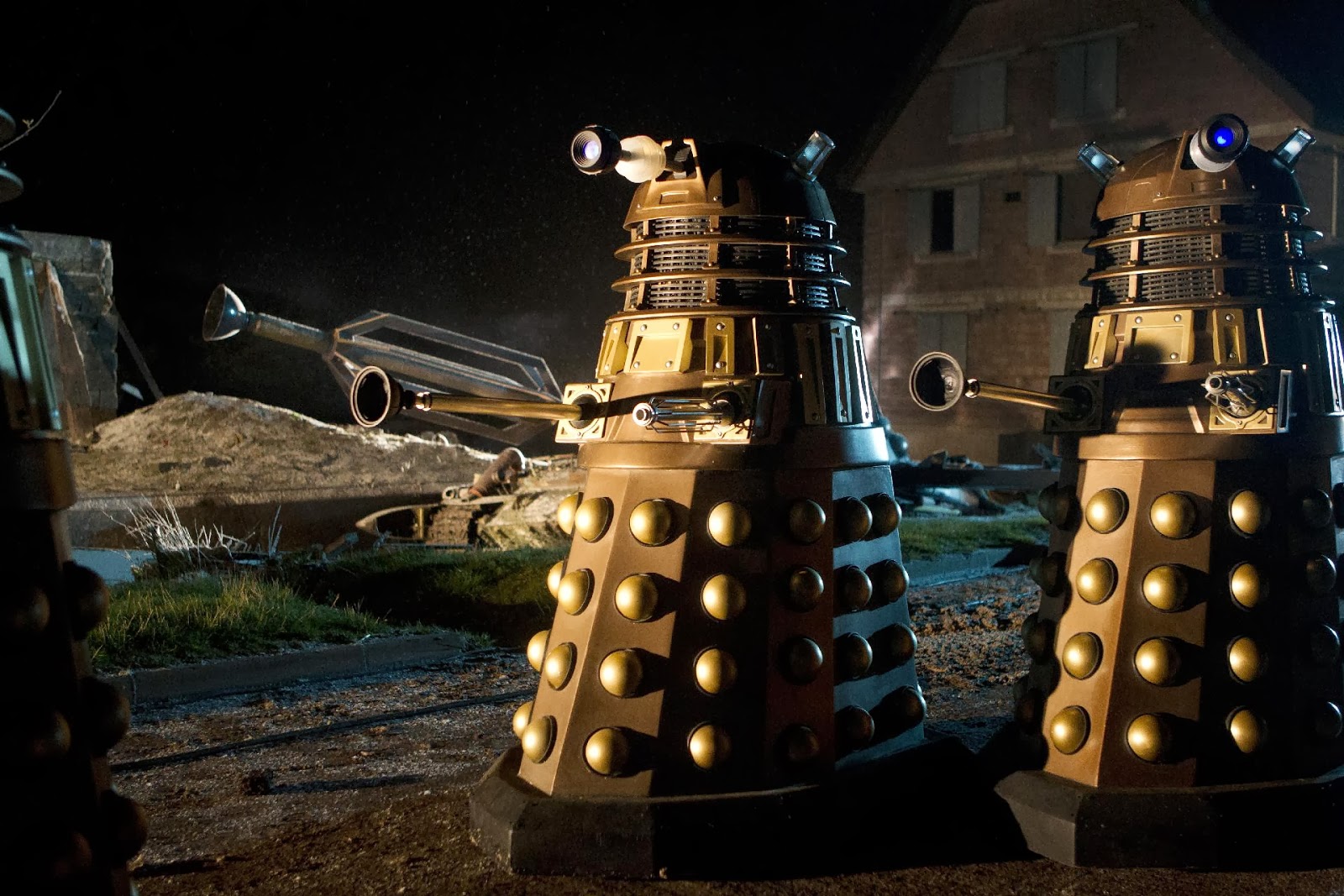 The artist must have been wearing an eye-drive to capture a Silent in that painting... 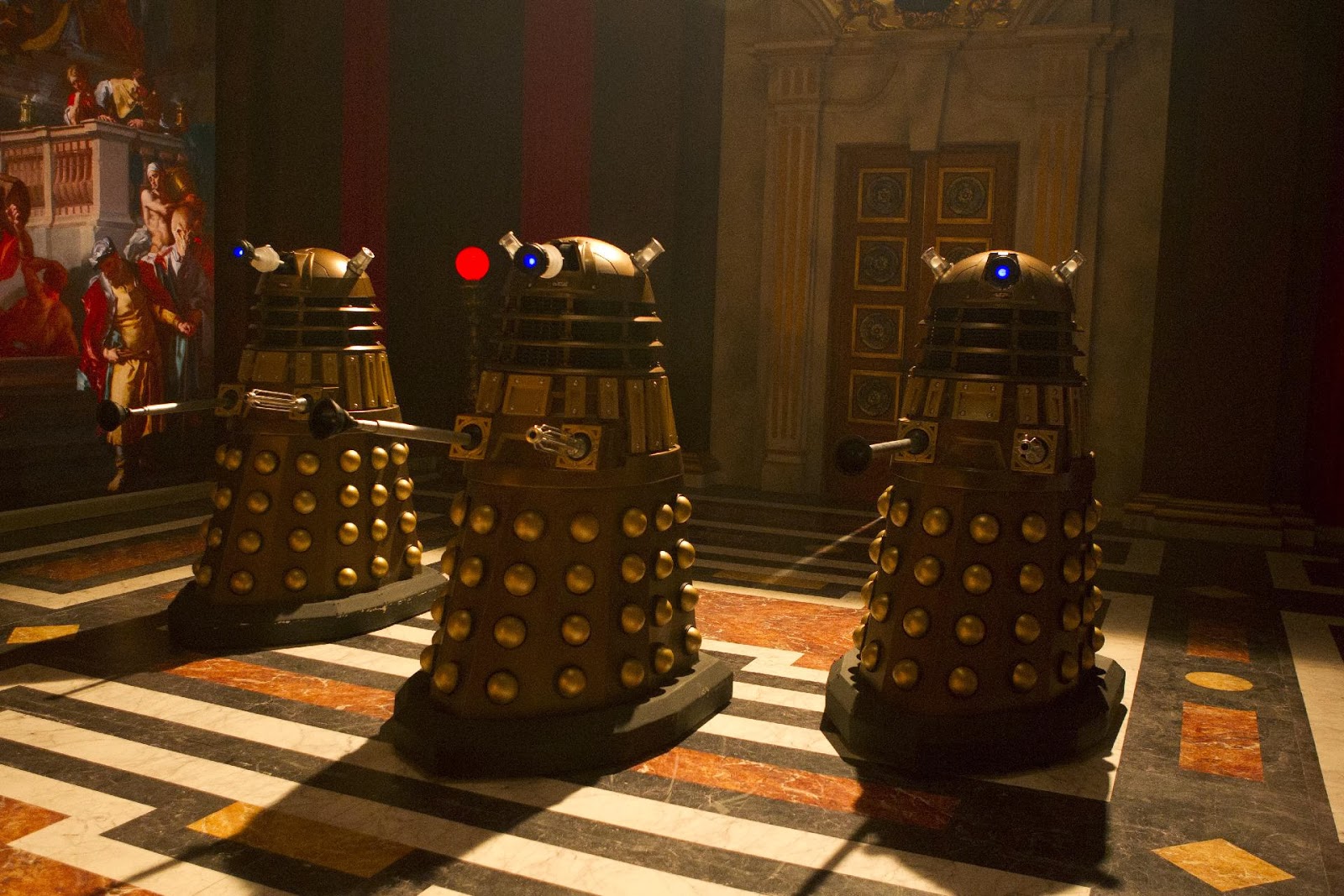 They still have The X-Factor in the 51st Century... 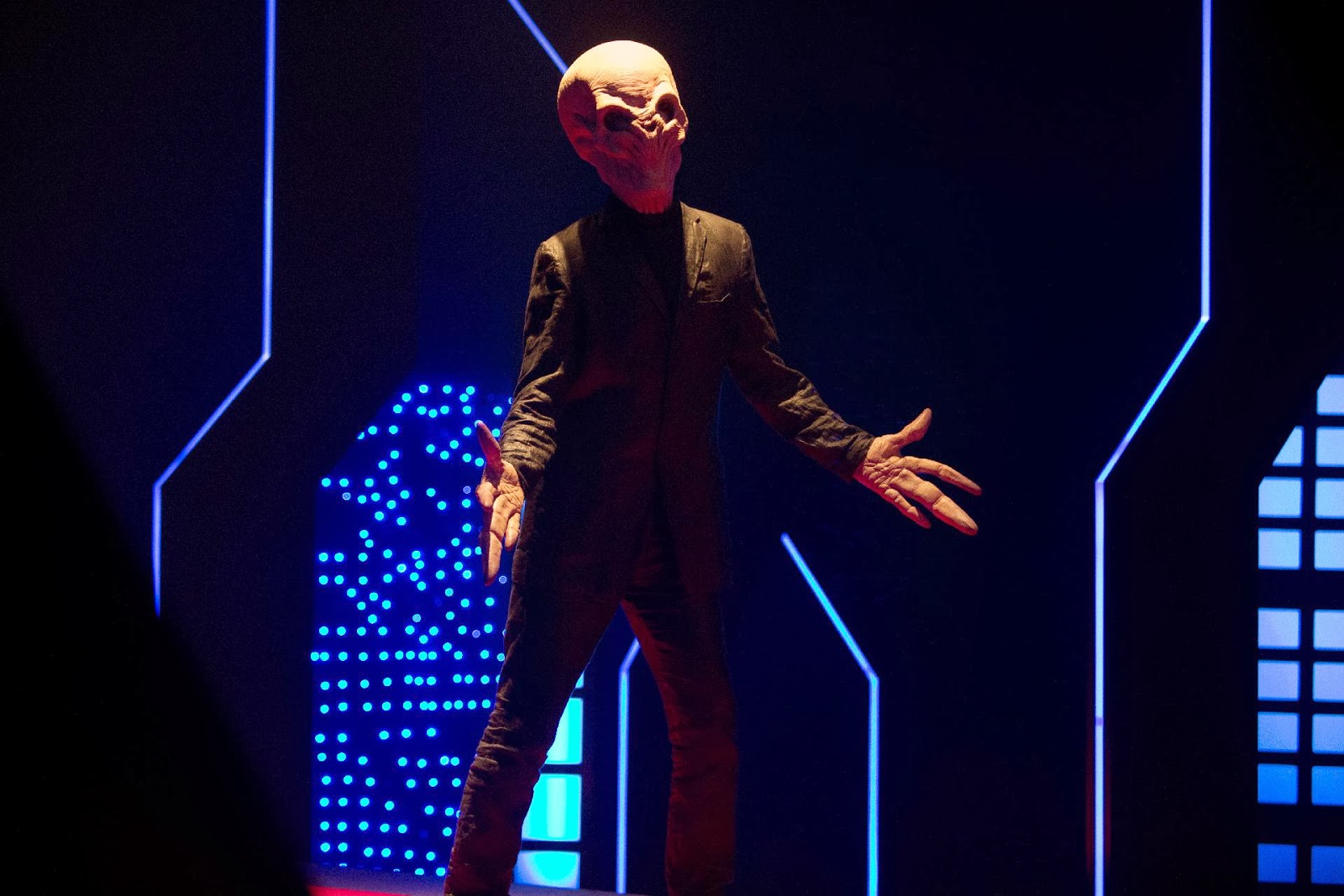 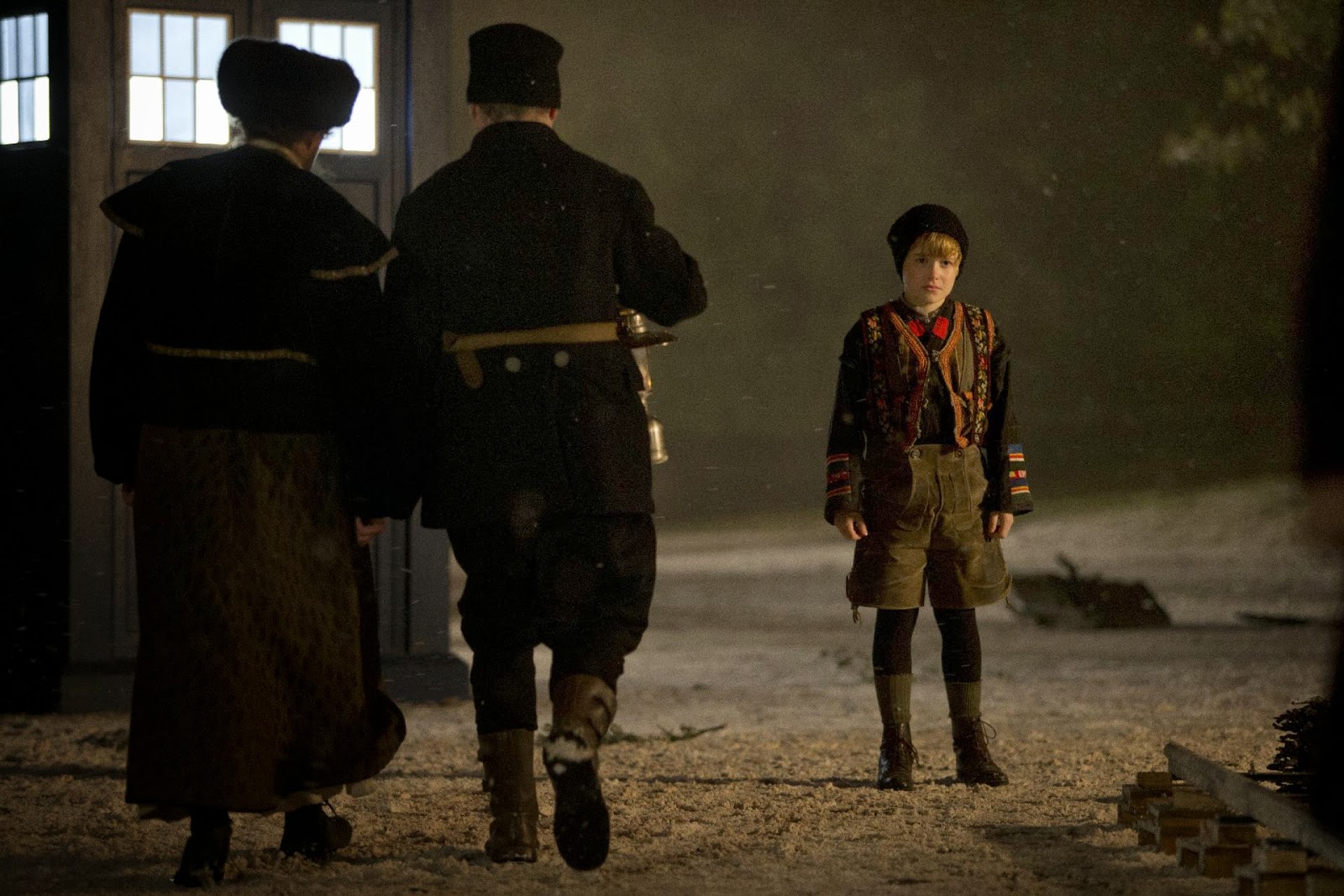 Well, it is Christmas after all. Other musings - the character named "Handles" in the cast list. Not voiced by Nick Briggs (for a change) but might it be that disembodied Cyber-head which is prominent in the poster?
And talking of prominence in the posters, where are the Sontarans? And how can Weeping Angels possibly be part of any kind of alliance? Have they simply been thrown into the mix without any real thought to logic?
Posted by GerryD at 21:37