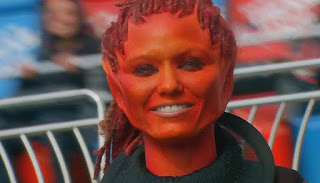 In which a teenage boy named Adam enters the seemingly deserted 13 Bannerman Road. It is the year 2059, and Sarah Jane Smith no longer lives here. In the attic Adam comes across the house's new owner - the aged Rani Chandra. She is in reminiscent mood, and tells Adam of the events which led to her being known as the 'Mad Woman in the Attic'...
50 years earlier, Rani has gone to see Sarah to tell her of mysterious lights that have been seen in the sky. Sarah tells her that this was a natural phenomenon. Hurt by the dismissive attitude of her friends, Rani goes home to find an e-mail from an old school acquaintance - Sam. He lives in an orphanage on the coast, and is aware of Rani's secret life. She decides to go visit him and learns that there is supposed to be a demon lurking in the old funfair, and a number of people have gone missing in the area. Rani goes there and meets the caretaker, Harry. Pretending to have hurt her ankle she gains access to his office, and there she hears a voice announce that "playtime" has begun. The missing people emerge from the Haunted House and take to the rides which appear to start up on their own. The people have red glowing eyes, and fixed grins on their faces. 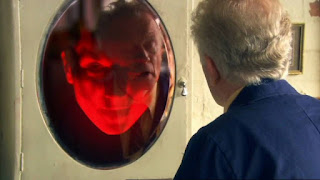 In the office, Harry sees a red face appear in a mirror and announce that "playtime" is now over. Rani sees the people leave the rides and return to the Haunted House. She follows, and is confronted by a red-skinned alien named Eve. As they talk, Sarah rings Rani, but she dismisses the call and states that she wishes her friends would just leave her alone. Eve tells her that the missing people are her friends. She herself is never allowed outside due to her alien appearance. She was sent to Earth alone in a spaceship after her planet was destroyed in a war. Harry found her and has been looking after her. Eve's people can help others see their past and their future, and can manipulate time. Rani is shown her future - and it is as the mad old woman in the attic... 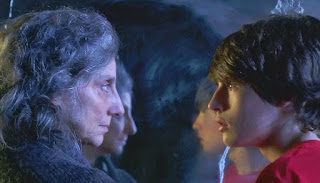 Rani decides to help Eve escape. Back in Ealing, the others become worried about her disappearance and Clyde finds the e-mail from Sam. They all head for the orphanage. As Sarah and Clyde go to the funfair, Luke stays behind to talk to Sam. Sam has met Eve, who saw Rani in his mind. he claims that she wanted to meet her. The red face appears in a mirror on Sam's bedroom. Luke is shown his future - that of a university graduate. Sam then runs off to the funfair, so Luke gives chase. At the funfair Sarah and Clyde meet Harry and also see the face in the mirror. Sarah is shown a glimpse of her future - and sees the TARDIS in her attic. Rani brings Eve out into the open. She starts to make the rides work again and the missing people reappear. Sarah is shocked to see Rani now has glowing red eyes and a fixed smile as she join the others on the rides. Harry explains that Eve is still a child and cannot control her powers, and this is why he has kept her hidden away. Eve finds her powers starting to consume her. 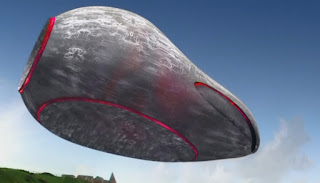 The face in the mirror is really the interface with the computer on Eve's spaceship, which is known simply as Ship. Ship warns Sarah that Eve is killing herself and she must be brought to the vessel to be healed. Sarah goes to the beach and sees the ship emerge from beneath the sand. Rani and the missing people are all freed from Eve's control. Ship needs power, which can only be obtained from a Black Hole. Sarah contacts Mr Smith and has K9 divert the Black Hole which it has been containing into Ship's engines.
As Eve prepares to leave the Earth, taking Harry and Sam with her, she offers to grant Rani her wish - that her friends would all leave her alone. Sarah, Clyde and Luke vanish. This is the story that the aged Rani tells Adam. However, Adam reveals that he has glowing red eyes. He is really the son of Eve and Sam, and he has come to undo the harm Ship did in 2009.
In 2009, on the spaceship, Ship no longer makes Sarah, Clyde and Luke disappear. Harry and Sam still join Eve as the spaceship departs.
Back on Bannerman Road, K9 is now freed from his earlier task - much to Mr Smith's annoyance.
In a new version of 2059, Rani lives at No.13, but she is living a happy life, surrounded by her extended family. 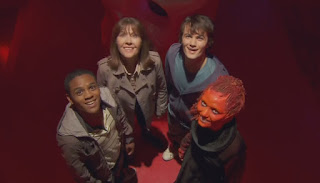 The Mad Woman In The Attic was written by Joseph Lidster, and was first broadcast on 22nd and 23rd October, 2009.
The story is notable for having a number of references to Doctor Who, including clips from Sarah's travels with the Doctor. The story prefigures the events of the following story, wherein the Doctor makes an appearance, as well as Luke's departure as a regular character from the series at the beginning of the fourth season. After being stuck in a safe guarding a Black Hole (accidentally created by CERN in Switzerland) since the pilot episode, K9 is now free to take part in the series on a semi-regular basis. The Jetix produced series filmed in Australia had not managed to be renewed, so the character was now made available by co-creator Bob Baker for inclusion in The Sarah Jane Adventures. 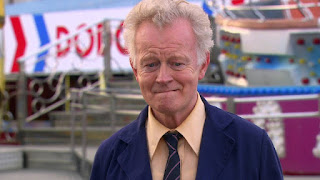 Amongst the guest cast, playing Harry, is Brian Miller - the husband of Elisabeth Sladen. He had earlier appeared as the showman Dugdale in Snakedance, as well as providing Dalek voices in Resurrection of the Daleks. The older Rani is Souad Faress, who has featured in Game of Thrones.
Eve is played by Eleanor Tomlinson, who is a regular on Poldark and will shortly be seen in the forthcoming BBC adaptation of War of the Worlds. Gregg Sulkin plays Adam, whilst Toby Parkes is Sam.
Ship is Kate Fleetwood, who has appeared in both the Star Wars and Harry Potter film franchises.
Things you might like to know: