In The Forest Of The Night - Review 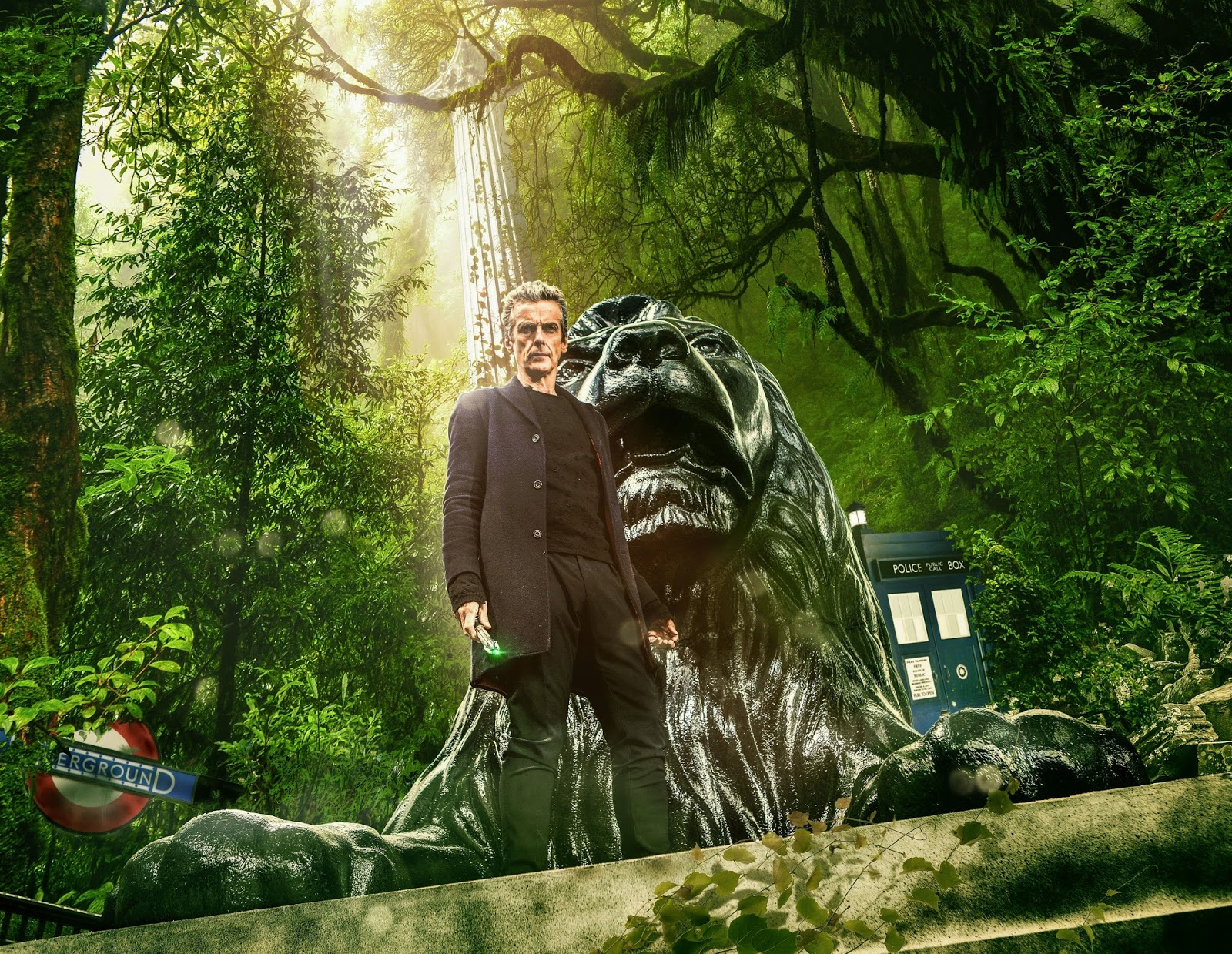 Well that was an odd one. Very dreamlike. Very fairy tale. Something which Torchwood has done very successfully - thanks to writer P J Hammond. In fact, I was somewhat reminded of his story Small Worlds - from TW Series 1 - at one point. In that, it turned out that Faeries were real - actually ancient yet timeless creatures (related possibly to the Mara). They dwelt in the forests also. It transpired that the little invisible midichlorian things in this have been around since before Mankind, and periodically save the planet whenever the Sun throws a tantrum - which they can detect even if our solar observatories can't. (A recent issue of DWM had a thing called the Bidmead-o-Meter in it, where the more ludicrous the science, the more his head blew up. Lord only knows what he thought of this one...).
The fairy tale elements were quite obvious at times - specific references to Hansel & Gretel, as well as the fact that young Maebh, in her red hooded coat, was menaced by big bad wolves. Those wolves, and a lone tiger - tying in with the William Blake poem from which the title springs - were the only real menace. At no time, unfortunately, did I ever feel that the planet would get frazzled - in the same way I never thought that the Moon hatching a few weeks ago would destroy Earth.
Other dislikes: last week was supposed to be the Doctor-lite story, but I felt he hardly needed to be there this week. There was the one establishing shot at the beginning - just before the credits - of London swamped by foliage, but apart from some "street furniture" dotted about a Welsh forest, we could have done with a reminder that this was truly the heart of London. Where were the thousands of citizens (and tourists) with their camera phones - sticking it all on You-Tube and Instagram? Apart from Maebh's mum and a couple of blokes with flame-throwers - just to set up the idea that the forest was flame retardant and so signal the happy conclusion - we saw no-one. And, how did Maebh's mum just happen to find her daughter near Trafalgar Square, when - for all she knew - she was somewhere in Kensington, where the Natural History Museum actually is?
Regular readers will know I always worry about kids in the programme. As with Listen earlier this series, my fears were unfounded. The kids were actually all right. Quite funny actually, and the performances were fine.
The relationship between the Doctor / Clara / Danny was further defined. Danny thinks there is enough on Earth, now, to wonder at. When push came to shove, she elected to stay behind and face possible death rather than be saved. Stating she did not want ever to be the last of her kind must have been like a slap in the face to the Last of the Time Lords - "I don't want to end up like you" in other words.
Certainly not the sort of story you could get away with on a regular basis. It will divide opinion. I suspect that it will not fare well when it comes to votes and polls -  which is a bit of a shame as, in half a century of storytelling, Doctor Who should be able to indulge in more fantastical elements once in a while. Just a shame they had to stick that preposterous ending on - with the missing sister popping out of a rhododendron bush (or whatever) That was just cringe-worthy. Did you notice that she was wearing a khaki combat jacket? That's lazy BBC shorthand for "homeless kid". Apparently, when you run away from home you get given one of these coats. You don't necessarily get to be reunited with your family by being magically vomited out of any shrubbery, however...
Next week - the start of the grand finale. Cybermen on the steps of St Paul's. Again... Oh. it could happen every week as far as I'm concerned.
Posted by GerryD at 01:11