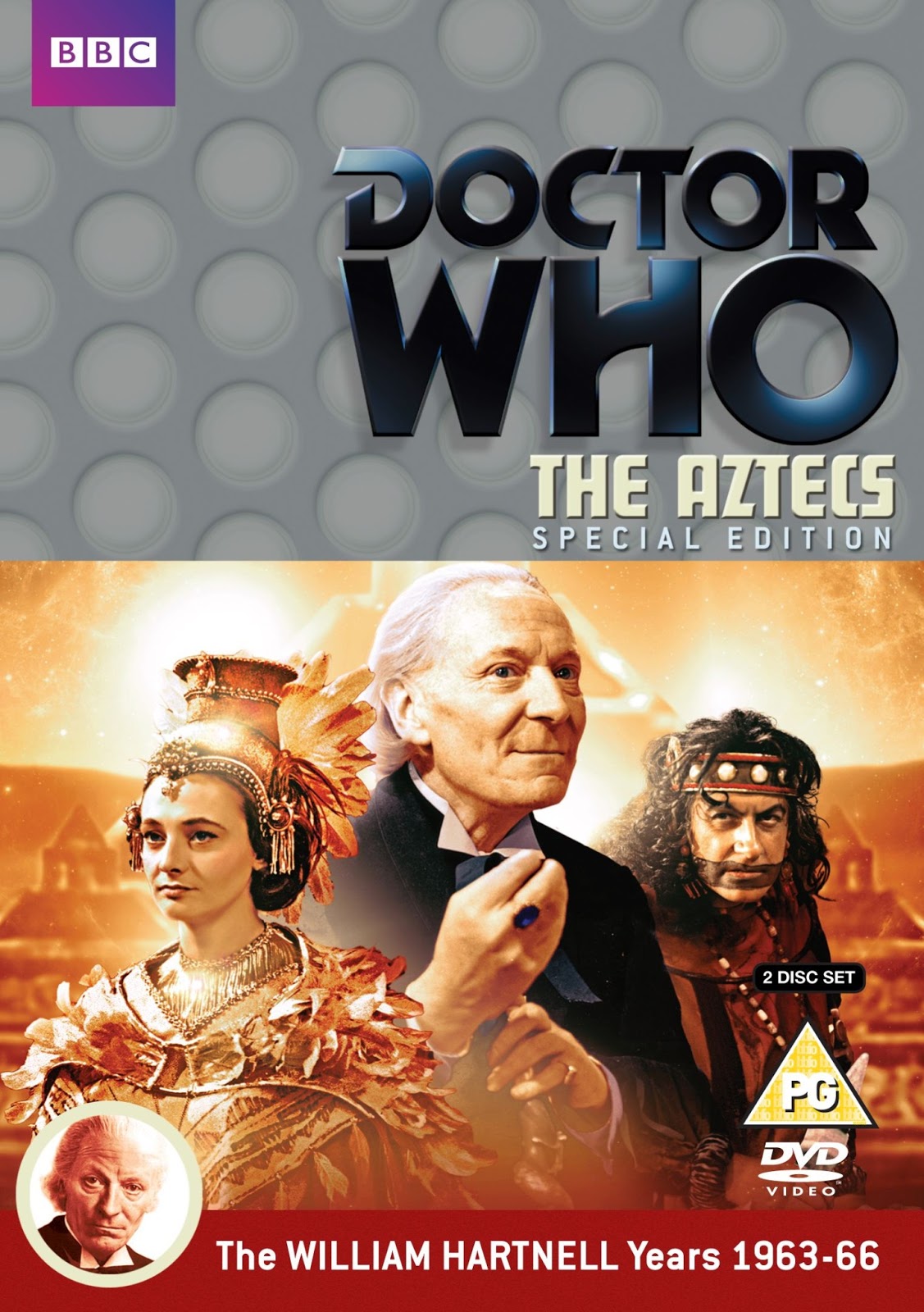 After telling us this week that The Ark In Space Special Edition was going to be pushed back to April, we now know that it is only being put back by one week to 25th February. The other releases for this year have now been announced - and they're a bit of a mixed bag. Who expected The Scream of the Shalka?

March 11th still sees another Special Edition - The Aztecs - featuring the recently found Hartnell Galaxy 4 episode "Airlock". An extremely cynical move on the part of classicdw. The original had perfectly good extras and I certainly wouldn't have wasted my money just to get an out of date BBC2 Chronicle programme and a documentary about merchandising.
Nothing in April, but 6th May sees yet another SE of The Visitation. And 27th May has the Inferno SE.
As of 3rd June we actually get a new release - the colourised The Mind of Evil.
And June remains blissfully SE free with The Terror of the Zygons on the 24th.
Blu-ray fans have July to themselves with the umpteenth release of Spearhead From Space. Expect retrospectives on Pertwee and Caroline John, which, I suspect, will turn up later on other SE's of already released stories. (In the same way that the "exclusive" Davros documentary on the box set somehow managed to get released on the Remembrance of the Daleks SE...).
A further Pertwee Special Edition in August with The Green Death (5th) and then the long awaited issue of The Ice Warriors (26th). No animation I surmise - as we would have heard about it by now. So classicdw wasted a lot of money animating the totally boring missing episodes of The Reign of Terror very badly for nothing. What do you expect when it gets given to Big Finish to make? Read Gary Gillatt's review in the new DWM if you think I'm the only one who thinks the direction is appalling.
Finally, we get that misbegotten animated thing - The Scream of the Shalka - on 16th September. For completists only, as they say. A very good  cast, but of course totally non-canonical - and you can find it on You Tube anyway.

Nothing whatsoever about The Tenth Planet, or episode 2 of The Underwater Menace - so they're dragging things out for another year. Expect more "Special Editions" on the way - i.e. a new 20 minute making-of doc tacked on to make you part with your hard-earned talmars.
The Company Be Praised!
Posted by GerryD at 03:09