The Origins of Doctor Who - Part 2

Last week I took a look at the development process which led the BBC to consider a Sci-Fi adventure serial for Saturday evenings, and how that programme evolved into Doctor Who.
As the show moved towards production, several key ingredients had still to be decided upon.
Most importantly, the show had to be cast.

The young male school teacher who started life as Cliff had become Ian Chesterton. Chosen to play him was 38 year old William Russell, who had already played the heroic lead on TV in "The Adventures of Sir Lancelot" and various Dickens adaptations. 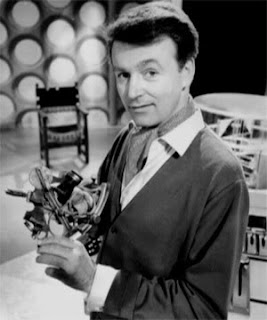 Fellow school teacher Lola McGovern had morphed into Barbara Wright. She was to be played by 33 year old Jacqueline Hill. She was married to a Canadian film producer / director named Alvin Rakoff, whom Verity Lambert knew socially. 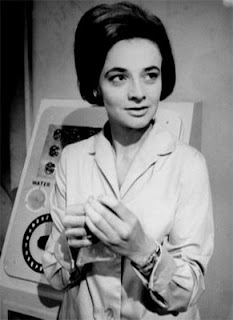 The character which became Susan, the Doctor's grand-daughter, had been proving difficult to cast. Many actresses were seen. (one of whom was Jackie Lane, who would finally get the chance to become a companion - "Dodo" Chaplet - a couple of years later).
Lambert and Hussein were keen to cast someone who looked younger than they really were, and who had a certain "otherworldly" quality about them. Waris Hussein claims the credit for spotting the 23 year old Carole Ann Ford. He saw her by chance on a monitor at the studios and thought she had the physical qualities they were after - including being able to pass for 15. 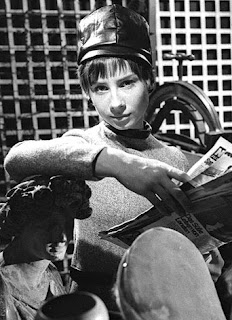 She already had one Sci-Fi credential to her name, having appeared in the (not very good) film adaptation of John Wyndham's "Day of the Triffids".

Equally difficult to cast was the principal role of the Doctor himself. The character was to be an older man, though the actor chosen would need to be fit enough to handle some action scenes as well as a tough production schedule.
Eventually offered the role was 55 year old William Hartnell. Lambert saw him in the film "This Sporting Life", in which he played an old rugby coach, who formed a paternal (possibly something more) relationship with Richard Harris' up and coming young player. Hartnell's character - 'Dad' Johnson - regrets never having  made the big time, and so pins his hopes on finding a new star - a doomed exercise as Harris' character is too undisciplined on and off the pitch to ever achieve the recognition and success 'Dad' hopes for through him. 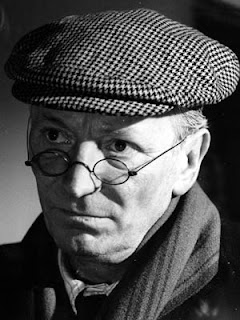 It was the fact that he could play this sympathetic role against type that drew Lambert to offer him the part of the Doctor.
Up until then he had become virtually type-cast in tough guy roles - Sergeants in "The Way Ahead", "The Mouse That Roared", the first of the Carry On films, and TV's "The Army Game".
He was also known for villainous characters like the petty gangster Dallow in "Brighton Rock", and the weak-willed and corrupt haulage company boss in "Hell Drivers".

So used to playing these tough guy roles was he that Hartnell initially couldn't understand why he was being approached about the part of the Doctor.
Fortunately, Lambert and Hussein convinced him, and he went on to make the part his own.
Posted by GerryD at 18:04