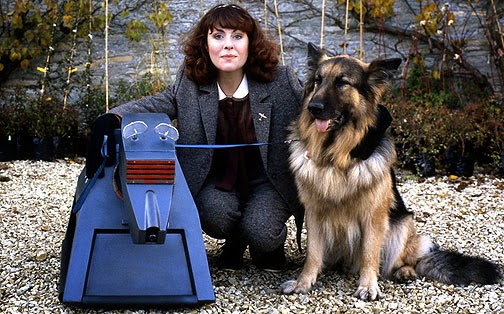 In which Sarah Jane Smith discovers that the Doctor didn't forget about her after all. Sarah's Aunt Lavinia lives in the village of Moreton Harwood in Gloucestershire, where she co-owns a market gardening business with neighbour Bill Pollock. She upsets some of the local people by writing articles for the local newspaper critical of their ancient traditions and superstitions. Sarah comes to stay in early December, and finds that her aunt has left without leaving any message for her. Also coming to stay is Lavinia's teenage ward, Brendan Richards. Sarah collects him from the station. Already knowledgeable about computers, he wants to learn more about agriculture so that he can get involved in Lavinia's gardening business himself later on. Back at the house, they discover a large box that Lavinia has been looking after. It was brought here from the Croydon home Sarah and her aunt shared. Sarah has not been back home for a while, having worked in New York with Reuters for the last 2 years. On opening the box, they find that it contains a robot dog. This is K9 Mark III - a present from the Doctor. 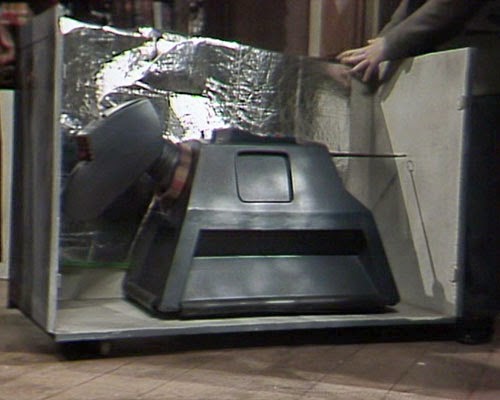 The next day, Colonel Pollock shows them round the business. They meet the head gardener, George Tracey, and learn that business is bad as the soil has become poorer in recent months. Tracey is scathing of Brendan's scientific ideas to improve the soil, claiming it is best to leave such things to nature. Sarah heads into the village and learns that no-one saw her aunt leave, and she learns of the upset she caused with her attacks on local pagan practices. Alone in the house, Brendan is attacked by George and his son Peter, but K9 chases them off. Brendan is not aware of the identity of his attackers. Peter is encouraged by his father to try once more, and this time he successfully manages to kidnap the young man. 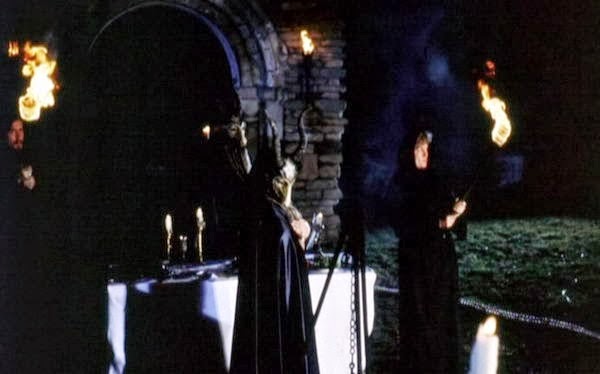 Investigating, Sarah and K9 learn of a coven active in the area - worshippers of the ancient goddess Hecate. They realise that Brendan is going to be sacrificed at the Winter Solstice in a ceremony to improve the land. As midnight approaches, they search all of the churchyards in the local area. They then discover that there is a de-sanctified church on Lavinia's own property. As Brendan is about to be sacrificed, K9 charges into the graveyard and strikes down the two coven leaders. The others flee. The leaders prove to be Pollock, and the local post-mistress, Lily Gregson. She had earlier withheld a telegram from Lavinia, explaining that she had set off on a US lecture tour earlier than scheduled.
Sarah, Brendan and K9 celebrate Christmas a couple of days later. 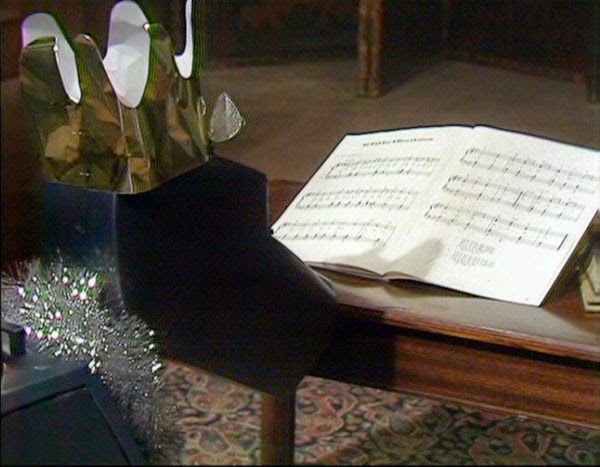 This one-off special - as it turned out - was written by Terence Dudley, and was broadcast on 28th December, 1981.
It was intended as a pilot for a series which never got commissioned - despite getting healthy viewing figures around the 8.4 million mark. It would have been even better if a regional TV transmitter hadn't packed in. (A repeat screening the following Christmas got very good figures as well. I was one of those who braved that which comes at the end of this post twice - with a mere 12 months to recuperate in between...).
Lis Sladen had recently been approached about returning to the role of Sarah in Doctor Who itself - helping to bridge the transition from Tom Baker to Peter Davison. She turned that down, and producer JNT came up with this idea for her instead. Glad to see the back of K9 from the parent programme, he knew that the character was still extremely popular, and there had been a "Save K9" campaign run by The Sun when it had been announced that the character was to be axed (no doubt orchestrated by JNT himself, for the publicity). John Leeson once again voiced K9.
Terence Dudley had recently directed the Season 18 story Meglos, and had written two scripts which were being lined up to form part of Peter Davison's first season (Four To Doomsday and Black Orchid). It was decided to forego any alien threats and to make the villains purely home-grown and human. Whether this would have remained the case if they had gone to a full series, we will never know. Interestingly, the story did prompt a World Distributors' annual - and it is almost wall to wall satanic cults, but then the writers only had this one offering to go by.
JNT intended the series to be called A Girl's Best Friend - but his superiors insisted on having K9 prominent in the titles. K9 and Company would have become the series title, and A Girl's Best Friend the title of the pilot episode only. As such, with no series, the latter title became a subtitle.
The VHS, DVD and Target novelisation for this story all stick with K9 and Company.
The story was shot quite cheaply and hurriedly. The recording only finished on 30th November, 1981, and it was broadcast just one month later. 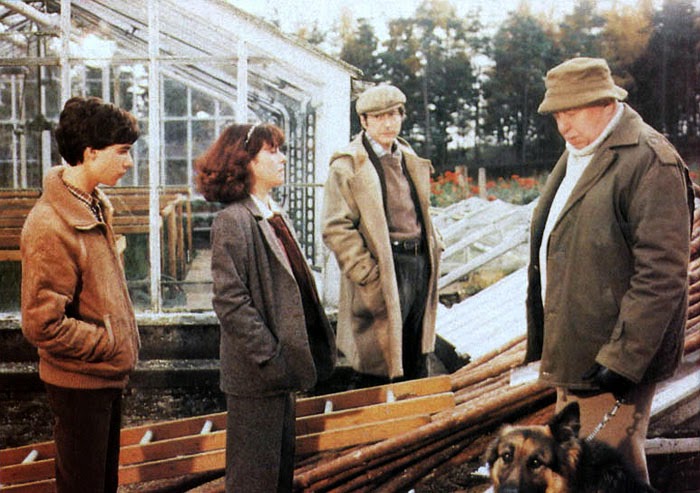 There is quite an impressive cast on view. Ian Sears plays Brendan. His honking laugh has to be heard to be believed. After appearing only recently as General Grugger in Meglos, Bill Fraser seems far more comfortable in the role of Bill Pollock. George Tracey is the excellent Colin Jeavons (last seen in the Doctor Who world as Damon in The Underwater Menace). His son is played by Sean Chapman. Lavinia Smith is Mary Wimbush - best known for a 40 year stint on The Archers, but who also featured in a Russell T Davies series, Century Falls.
Two characters are set up as being slightly sinister, but this is a red herring and they prove to be nice folks after all - a couple named Howard and Juno Baker. He's played by Neville Barber, and she by Linda Polan. Barry Letts would cast her in his 1982 production of Gulliver in Lilliput. Lily Gregson is played by Gillian Martell.
The episode ending is:
- K9 attempting to sing "We Wish You A Merry Christmas". 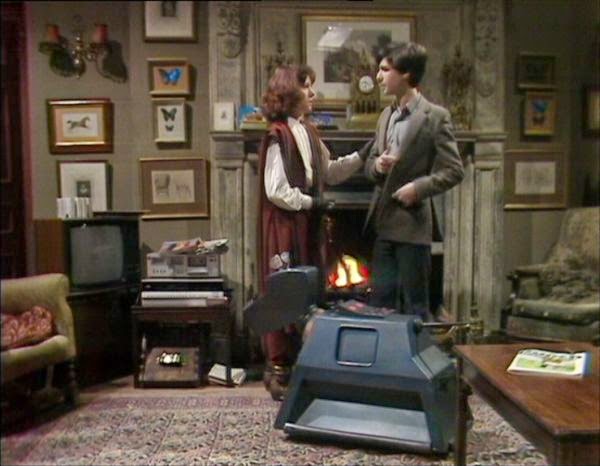