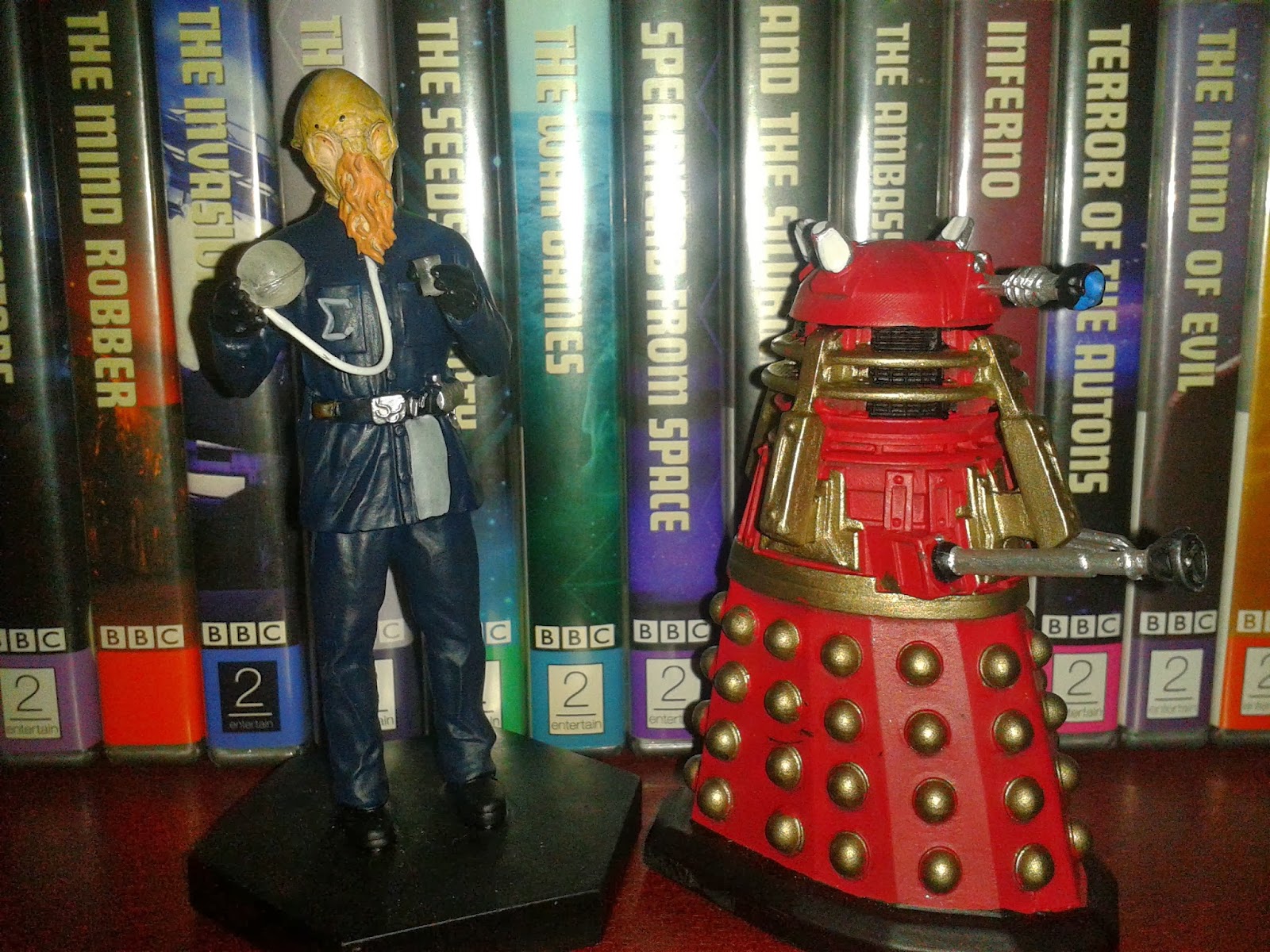 Received the latest two Eaglemoss figurines yesterday - Ood Sigma as seen in Planet of the Ood (with his little glass of Ood Graft / hair tonic) and the red / gold Supreme Dalek from The Stolen Earth two-parter.
The flash on my camera has made Sigma look a bit bluer than the figure actually is - and the Supreme a bit redder. The colours are really more subtle.
Wit the Julian Bleach Davros, the Tenth Doctor, and a standard RTD bronze Dalek already released, I can now re-enact little scenes from that story...
The next two releases - assuming like me you subscribed immediately after Issue 1 - will be a Nightmare in Silver Cyberman and The Three Doctors version of Omega - making the latter the first regular figure to come from the Classic Series. (Subscribers already having received a Hartnell era Supreme Dalek).
Other Classic figures expected soon include the Fourth Doctor, an Invasion Cyberman, and one of the original 1963 Daleks.
Subscribers will all have received an e-mail regarding the delayed Emperor Dalek (Eccleston version). The trouble was not with the model itself, but with the packaging, apparently. Eaglemoss said that they would be receiving them in late January, and they would be sending them out over the next 28 days - so expect your Emperor alongside that new Cyberman and Omega round about February 27th.
I have recently read that the next special, larger scale, release, following last year's Matt Smith TARDIS, will be a Slitheen. What other specials might follow? I am hoping for a Yeti and the K1 Robot at least - maybe the Troughton Emperor Dalek.
Posted by GerryD at 01:58