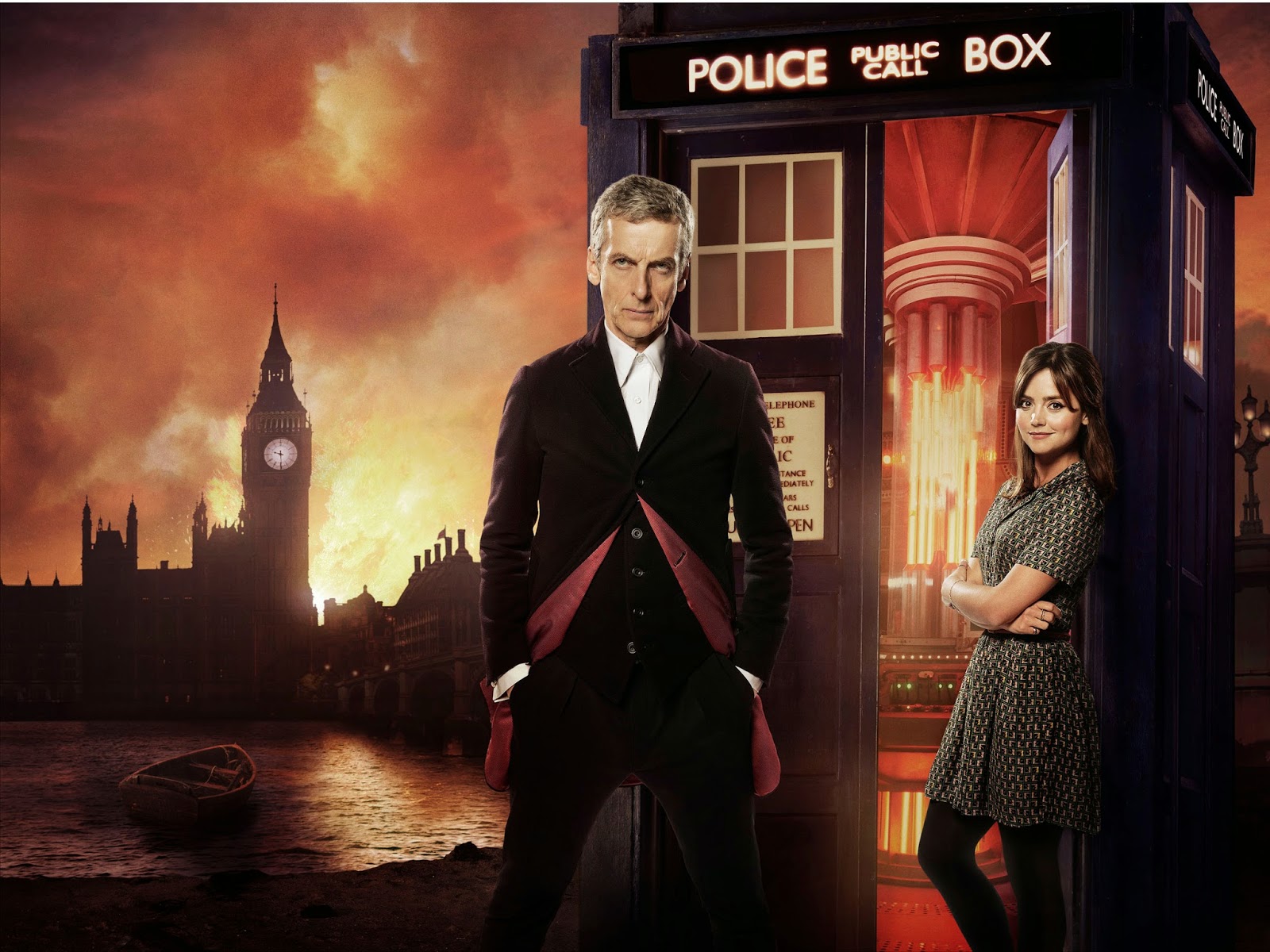 A very enjoyable episode, I thought. Great start for the more mercurial Peter Capaldi Doctor.
Let me get my one big gripe out of the way first, however. What is this obsession with changing the arrangement of the theme music every five minutes? Love the new graphics, but the whiney new music is terrible. Did Murray get a theramin for his Christmas? Hope they kept the receipt...
A sequel of sorts to Girl in the Fireplace. Well, actually a sideways story - repair 'droids from the Pompadour's sister ship - the SS Marie Antoinette. There is obviously a serious design flaw with repair robots in the 51st Century.
The 80 minute story length gave all of the key players space to shine. The Paternoster Gang were particularly well served - each of the trio getting considerable screen time. Laughed out loud at Strax delivering The Times.
As with previous regeneration stories where the companion crosses over from one Doctor to the next, a lot of the story is about Clara's resistance / acceptance. Lovely performance from Jenna Coleman. Hopefully we will now see both character and actor really come out from under the shadow of Amy / Karen Gillan.
Special effects were wonderful, though some of the green screen work was a little too obvious - such as the new Doctor's rooftop scenes.
I was particularly impressed with Peter Ferdinando, playing the Half-Faced Man. Despite having to play a monotonous robot, he did very well with what could have been a thankless role.
Moffat had earlier informed us that we would shortly find out the identity of the woman who had given Clara the Doctor's phone number in The Bells of Saint John. I had assumed this would turn out to be River Song, but it proves to be the mad NetherRegions lady - who we weren't expecting until the finale.
Nice to see Brian Miller given a role (as the tramp). Lis Sladen's widower, who has appeared in the show before in the Peter Davison era, as well as appearing alongside Lis in the Sarah Jane Adventures.
Quite a few Sherlock Holmes references - the Camberwell Poisoner, "The game's afoot..." etc.
There was definitely a hint of that other Holmes about the proceedings - Robert that is. A very dark, often gruesome story (a balloon made from stitched together human flesh and so forth). No doubt many will argue that the programme is moving too far from the younger audience demographic.
Not everyone will agree that Matt Smith should have been given a cameo in this. Does the new Doctor really need the endorsement of his predecessor? I didn't mind this bit too much, as I think it will help any younger viewers who did manage not to be ordered to bed - and those newer fans not as used to there being older Doctors - to accept the new guy.
And what of the new Doctor? I am sure Colin Baker was gnashing his teeth watching this. "That's how my darker Doctor should have been handled!"
I can understand where this new Doctor is coming from - as I share his Scottishness. I do the complaining and the explosive reaction to the slightest irritation.(Just read some of my previous posts...).
Quite mad - initially - and apparently about to erupt in fury at any moment, I am personally glad that we have an older and more abrasive Doctor. Quite shocking when he appeared to abandon Clara in the spaceship - you really felt that he might actually mean it. And did the Half-Faced Man jump or was he pushed? Pushed - definitely.
I'm really looking forward to seeing Peter Capaldi settle into the role. Let's see how he reacts to his oldest enemies next week...
Posted by GerryD at 18:06